We are a two person indie game developer based in The Netherlands. This was our first year that we went as a team of 2 to participate in the global game jam.

It was a bit scary at first. Having a bigger team can really support you, especially in a psychological way. A lot of pressure rests on your shoulders as in, “what if we can’t come up with a good idea…”. If you are in a bigger team of lets say 6 or 8, maybe you won’t even have to.

I wanted to talk about why we choose to be a team of two, and why its great, but while typing this I decided the share some tips with you. Realizing these aspects of game jams helped us a lot, so maybe it will help you too! 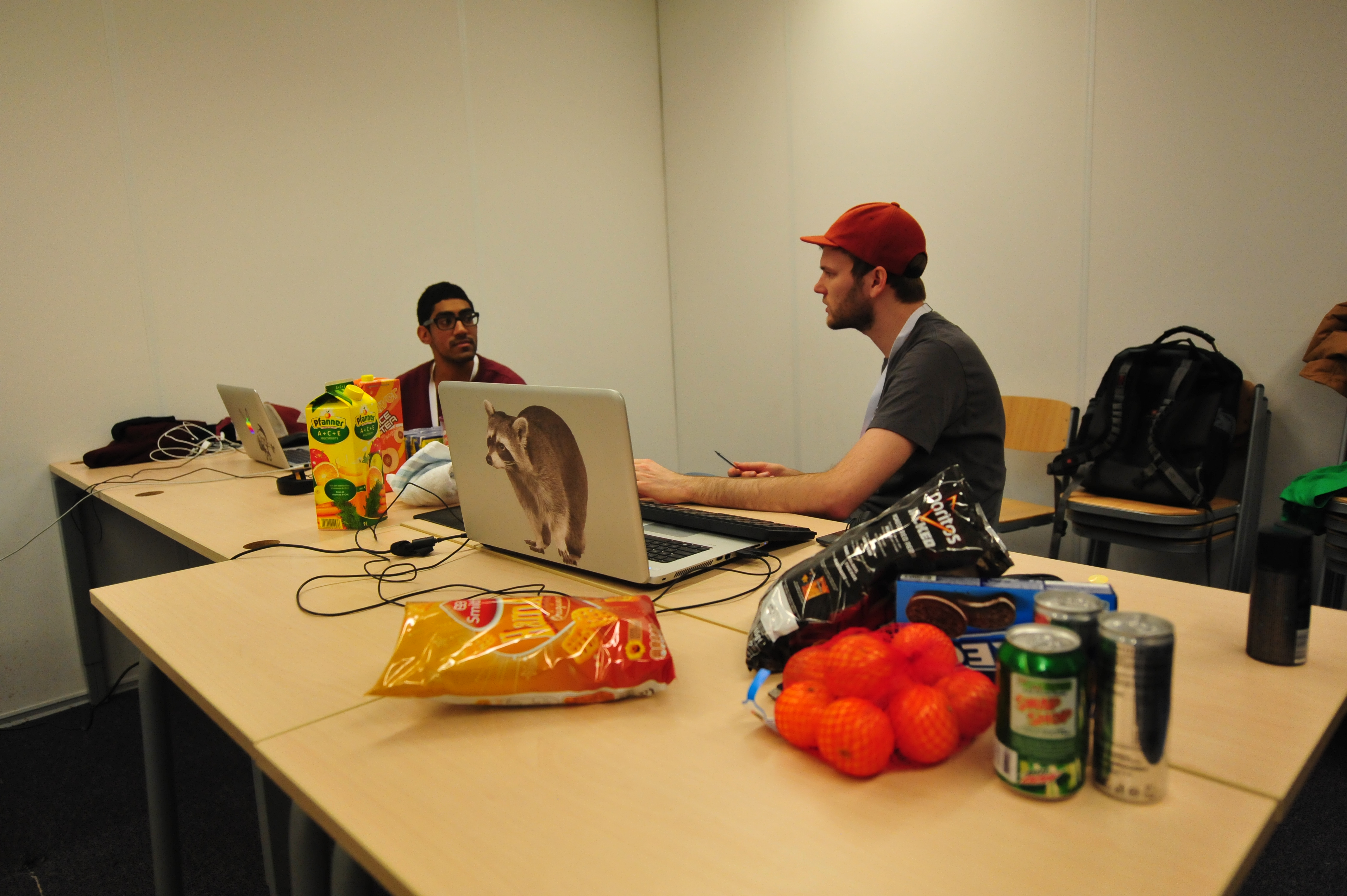 Tip 1: The most important one. Don’t rush it. Don’t start a half discussed or half done idea because you feel like you need to start working. Talk it out, and keep talking and discussing till you figured out enough details, and till everyone in your team fully understand the concept. There is no need for documentation, just talk and make sure everyone is on the same page.

When the concept is the same is everyone’s head, there is not much time needed to explain stuff or asking and answering questions.

Tip 2: Don’t limit your idea generator because of the time limit, as in, it doesn’t matter if it’s too big. The idea is the most important, if it’s good, you can take the best or most unique aspect of it and work that out till its full potential. Or maybe you can put the concept in a different perspective or genre. A cool mechanic for a first person shooter can sometimes also work in a 2d platformer.

Tip 3: Get people to play your prototype! I am a game designer and I hate play-testing. Simply because this the time my work will be judged, it’s scary. What if it’s not fun, what if they don’t understand it, what if nobody laughs at my in-game jokes or humor, what if someone says: “hey, this is exactly like insert game title.” All of these are things you might not rather hear, but! when people play your game you always, and I mean always get something out of it. Sometimes you will notice something that will make you change the game. Sometimes they say something that they think would be cool (and you realize they are 100% right!) and sometimes it’s just the little bit of hype you need. if you see people like your game, you get motivated to make it better and bigger. If they don’t seem to like it as much, you might know why.

Tip 4: Pick an idea/concept you are excited about. This is very important. Being excited about your idea can help you miss those extra hours of sleep. And if it turns out the game sucks, at least you tried your hardest! You will find your boundaries (I figured out I need at least 3 hours of sleep a day, and 1 or 2 LoL breaks to be functional).

Tip 5: Get crazy. Gamejams are about crazy people making crazy stuff. So always go for the risky idea and never for the save one. You will never learn more than from failure. Gamejams are the perfect environment for it.