I was going through my documents and I actually found an old article that I (probably) wanted to post a loooong time ago (around october 2014) but never did… for some reason.
So here it is, the ‘new old post’, enjoy

About a month ago we decided to upload a demo of ‘Bullets & Beats’ (or as it’s now called ‘Luckslinger’) to Newgrounds and GameJolt, to see it people would like it and if our mechanic would work at all. 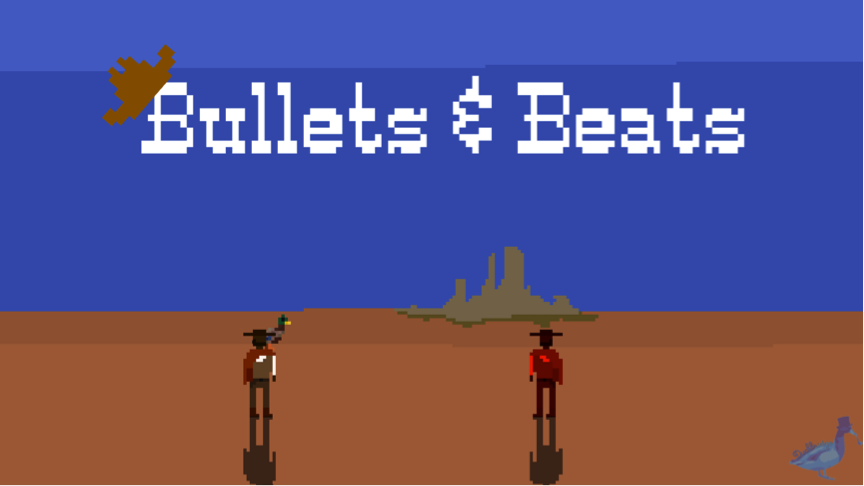 So at first we uploaded it to GameJolt for feedbackfriday and it was doing okay, people liked it but it wasn’t really getting much plays (and we wanted to have as much people as possible to play it so that we could gather feedback). Because the GameJolt version wasn’t getting that many plays, we decided to upload it to Newgrounds aswell, where it did pretty well, many people played it and really liked it. It was also featured for a little while and we got so much feedback that we decided to wait untill the weekend was over to process all of it.

We uploaded the demo to test the ‘luck mechanic’ that we added to the game and we wanted to test if it was working and if people understood the mechanic. At that time we didn’t really have any levels or so, so Donald and I just made some random levels to test different mechanics. Our first level was to introduce the player to the jumping and moving and then we introduced shooting and finally we introduced the luck mechanic. People REALLY seemed to like the shooting and the action in the game (which is good because it’s an ‘action platformer’) and they thought the luck mechanic was pretty cool. Besides all the good feedback we also got a lot of constructive feedback (which we were looking for). Eventhough it was a lot of feedback, we found that much of that feedback was about the same kind of stuff:

The coolest part of all the feedback was that some players had a lot of cool ideas for the game, that we could do X or Y in order to make it better or more fun and we really appreciated that kind of feedback.

One player even made a ‘Lets play’ about the demo (which seemed crazy cool to us) and we both watched it and enjoyed it!

After the demo’ing was done we decided to continue working on features for the game. After a few weeks Donald decided to google ‘Bullets & Beats’ because he wanted to find our demo, however he found that our game was (re)posted on many different kind of sites. It was a bit strange to us (but also cool) that people embedded our demo onto their own gaming site without us knowing about it (we even found our game on a spanish website, haha).

It is just a bit scary that we don’t really have control over our game after we post it online, people can just take it and post it wherever they want to.

Thank you for reading!